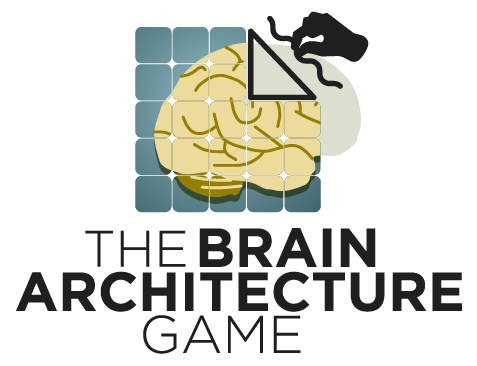 The science behind the game

The genesis of the The Brain Architecture Game emerges from the unique partnership between developmental scientists of the National Scientific Council on the Developing Child and communication scientists at the FrameWorks Institute.

Over the course of a decade-plus collaboration, supported and hosted by the Center on the Developing Child at Harvard University, these organizations have worked together to translate the science of early brain development for the public and policymakers.

Through an active schedule of outreach efforts and a suite of science translation products like Working Papers and explanatory videos, metaphors such as Brain Architecture and Toxic Stress have influenced the way people talk about early childhood policy across America and around the world.

The first version is born

In an effort to find ways to help more people internalize essential scientific concepts, the Center on the Developing Child reached out in 2009 to Marientina Gotsis at the Interactive Media & Games Division of the School of Cinematic Arts at the University of Southern California. The first version of the Brain Architecture Game was developed by Marientina Gotsis and a team of students (Nahil Sharkasi, Diane Tucker, Amy Akmal, Ying Sun, and Yasaman Hashemian).

A team of early childhood champions

Judy Cameron at the University of Pittsburgh and the National Scientific Council on the Developing Child was the game’s first adopter and playtester, and has traveled with the game all over the US and Canada, teaching thousands of participants in workshops and conferences. Dr. Cameron has contributed substantially to the current design of the game.

Co-inventor and executive producer of the game Marientina Gotsis has led several workshops using the game in the US and Europe in smaller groups, iterating new versions while also teaching how games can be used to communicate complex scientific concepts.

As of late quarter of 2015, the game had been played by over 12,000 people. Two years later, we estimated at least 30,000 more people had played the game. As of 2018, we find through the web and social media searches that there is someone playing the game somewhere in the world every day.

Who owns the game?

The Brain Architecture Game’s intellectual property belongs to a not-for-profit partnership between the USC Creative Media & Behavioral Health Center, Center on the Developing Child at Harvard University, Clinical & Translational Science Institute at the University of Pittsburgh, and the FrameWorks Institute.

Production and distribution of The Brain Architecture Game has been generously sponsored by the Palix Foundation.